Writing of Chinese characters using brush and ink is widely practiced and revered in the East Asian civilizations that use Chinese characters. Chinese calligraphy serves the purpose of conveying thought but also shows the ‘abstract’ beauty of the line. Rhythm, line, and structure are more perfectly embodied in calligraphy than in painting or sculpture. As an ancient expressive art, Chinese calligraphy expresses the abstract beauty of lines and rhythms through the organizational structure of lines and dots, while also reflecting a person’s emotions, moral integrity, character, educational level, accomplishments in self-cultivation and intellectual tastes.

Chinese calligraphy an Oriental tradition rooted in centuries of practice is an art of turning square Chinese characters into expressive images by varying the speed and pressure of a pointed Chinese brush. By controlling the concentration of ink, the thickness, absorbency of the paper, and the flexibility of the brush, the artist is free to produce an infinite variety of styles and forms. Chinese calligraphy emphasizes expressing one’s emotions. To the artist, calligraphy is a mental exercise that coordinates mind and body. It is a relaxing yet highly disciplined exercise for one’s physical well-being and spiritual cultivation.

Now you can own a collection of these 12” X 30” hand painted scrolls featuring the names of Chinese internal martial and healing arts that were inked by Dr. John Painter in the Chinese Regular Script style (Kaishu楷書). Kaishu style developed during the period of the Three Kingdoms (220 to 280 AD) reaching its prime in the Tang dynasty (618–907). This ancient form or script remains the standard script in use as the model for public function and printed type.

As the name suggests, Kaishu or Regular Script is inked with each of the strokes from the brush placed slowly and carefully, the brush lifted from the paper so all the strokes are distinct from each other. Each of these beautiful original calligraphic scrolls were inked by Dr. John P. Painter on rice paper and skillfully reproduced by graphic artist and photographer Dr. Richard A. Galosy to create these beautiful archival original Giclée prints. Due to the Giclée process and special archival ink and material, these scrolls will last a lifetime and will never fade, warp or yellow.

Authentic Artist Chop Authentication Certificate
Each scroll comes with a certificate of authentication containing a photo of the author, his Chinese name and illustrations of the Chop used to sign the painting. The chop or seal is the official signature of the artist. It is an essential part of Chinese culture. The Mandarin Chinese name for chop or seal is yìn jiàn (印鑑). A Chinese chop is applied with a red paste called zhūshā (朱砂). Chops have been a part of Chinese culture for thousands of years. The earliest known Chops date from the Shang Dynasty (1600 BC to 1046 BC). Chops are used by individuals as signatures for many kinds of official documents and artworks. An artists chop adds a further artistic dimension to the painting or calligraphic scroll. Dr. Painter has two chops used on his Chinese paintings and Scrolls one features his Chinese Taoist name and the other his western name translated into Chinese. Also included is the calligraphy definition and Dr. Painter’s interpretations of the meaning of each character in the scroll.

Special Mounting Hardware
Each scroll comes with unique magnetic four piece mounting hardware made of Teak or Oak wood. These allow you to hang the scrolls in the traditional manner and remove them easily from the mounting for cleaning or changing them for others in the series. Because the unique scrolls are separate from the mounting hardware they are also easy to display in a standard picture frame if so desired.

Price
Calligraphic Chinese art by noted personages and artists, such as this can sell for anywhere from $100.00 to $200.00 or more. We are offering this very limited supply of Dr. Painter’s Kaishu calligraphy martial and healing scrolls for only:
Very Limited Supply
$45.00 each + Shipping

Learn About the Bagua University 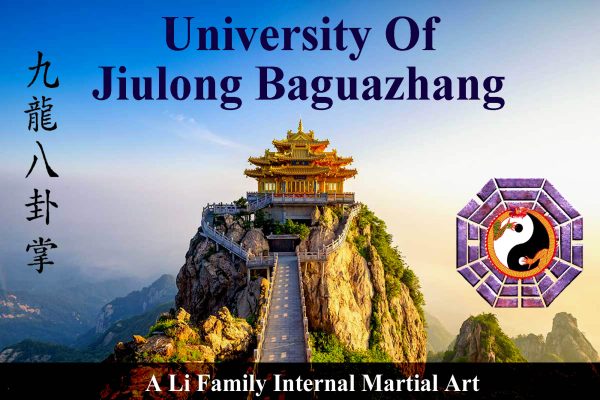